Rebels in Corsets: The Embodied Rhetoric of the Women's Suffrage Movement 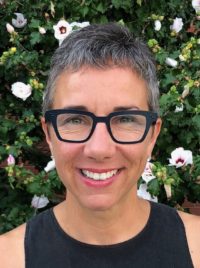 Susan Trollinger, professor of English at the University of Dayton, presents Rebels in Corsets: The Embodied Rhetoric of the Women’s Suffrage. The presentation takes place in Rodman Main Auditorium on Saturday, Feb. 29, at 2 p.m., and is in collaboration with Gloria McGrath with the YWCA and the Alliance Historical Society through Ohio Humanities. The story of the women’s suffrage movement is often told (even by US historians) as a peaceful transition by which white male politicians happily gave women the right to vote. This could not be further from the truth. The movement for women’s suffrage was a 72-year struggle that demanded a great deal from women emotionally, politically and physically. This lecture looks at what it was like to be a woman in the 19th century with little power to change her circumstances because she did not have access to the ballot box, how it was that women became convinced in the 1840s that it was time to take on that struggle and how they finally won it through rhetorical strategies that might not look radical to us now but then appeared so radical as to have been called “disgusting.”

Trollinger teaches courses on writing and rhetoric. She earned her Bachelor’s degree in Communication Arts from the University of Wisconsin-Madison and her Master’s and PhD in Rhetoric and Communication from the University of Pittsburgh. She is the author of Selling the Amish: The Tourism of Nostalgia. She co-authored her second book, Righting America at the Creation Museum, with her husband, William Vance Trollinger, Jr. She has been interviewed in a number of media outlets including CSpan-2’s BookTV, RadioWest, The Washington Post and GQ. The program is free and open to the public. No registration is needed. For more information, call the Main Library at 330-821-2665, ext. 107.