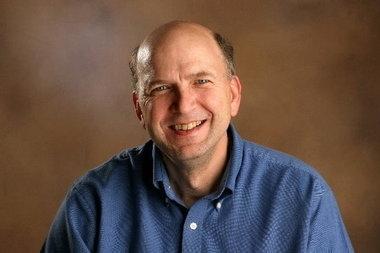 Terry Pluto, sports columnist for The Plain Dealer, will be speaking on Tuesday, Sept. 10, at 6:30 p.m., in Rodman Library Auditorium. Pluto has twice been honored by the Associated Press Sports Editors as the nation’s top sports columnist for medium-sized newspapers. He is a nine-time winner of the Ohio Sports Writer of the Year award and has received more than 50 state and local writing awards. In 2005 he was inducted into the Cleveland Journalism Hall of Fame and in 2016 he won first place for best sports columnist and best sports writer in the Ohio Associated Press Media Editors newspaper competition. Pluto is the author of more than thirty books, including The Browns Blues―Two Decades of Utter Frustration: Why Everything Kept Going Wrong for the Cleveland Browns; The Comeback: LeBron, the Cavs & Cleveland; The Curse of Rocky Colavito (selected by The New York Times as one of the five notable sports books of 1989), and Loose Balls, which was ranked number 13 on Sports Illustrated’s list of the top 100 sports books of all time. He was called “Perhaps the best American writer of sports books,” by the Chicago Tribune in 1997.

Pluto currently resides in Akron, Ohio. This program is free and open to the public. No registration is needed. Books will be available for purchase at the time of the program that the author will then sign. For more information, call the Main Library at 330-821-2665, ext. 107.